Linkin Park is an American band formed in Los Angeles in 1996. Consisting of Chester Bennington (vocals), Mike Shinoda (vocals, keyboard and guitar), Brad Delson (guitar), Phoenix (bass), Rob Bourdon (drums) and Joe Hahn (turntable, sampler), they are one of the most commercially successful bands of the last decade.

Having sold over 60 million copies of their records, Linkin Park have contributed to the success of the nu metal genre, although in their style they have proposed a more catchy version of this genre and for this reason they are often compared to pop. The group has won numerous awards, including two Grammy Awards. Their albums have been certified gold and platinum multiple times, and their debut album Hybrid Theory has been certified diamond in the United States for selling over 10 million copies. They were also named in 2003 by MTV as the sixth largest group ever. 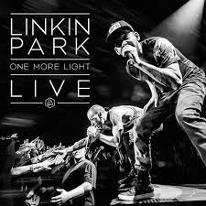