Clearly visible from afar thanks to the whiteness of the karst marble, the Miramare Castle is located in the Gulf of Trieste, a few kilometers from the city center. It is one of the most visited and admired nineteenth-century historic buildings, surrounded by a large park and full of original furnishings that allow you to fully identify with the atmosphere of the time.

The couple, who took possession of the castle on Christmas Eve in 1860, are sadly remembered for a succession of painful events and an unfortunate fate shared by both spouses.

The castle was built by the will of the Archduke of Austria Maximilian of Habsburg-Lorraine, who around 1855 decided to build a majestic residence overlooking the sea in the surroundings of the Friulian capital, precisely on the promontory of Grignano. A residence that hosted Maximilian himself, who also became Emperor of Mexico, together with his wife Charlotte of Saxony, daughter of the king of Belgium. 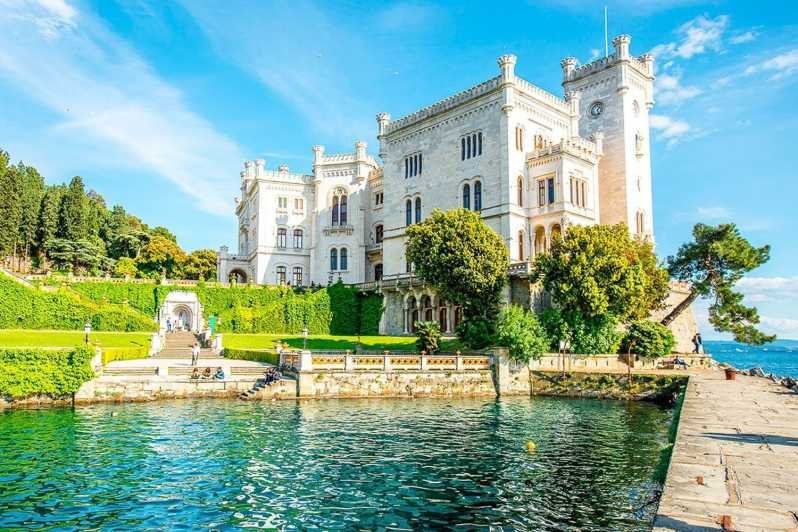